I have often thought of adding a vertical antenna to my SOTA kit for DX use.

This interest was re-kindled when I spotted this kit from Qrp Guys.

The kit also generated discussion on the SOTA Reflector here.

I settle on the following design options, A trapped end feed half wave, Individual J poles, or A trapped quarter wave

I liked the idea of the endfed as the counterpoise is not as complex as radials. But the final design was dictated by squid poles, I have two “small” squid poles, one of around 4.5m and the other around 5.5m. When testing with the longer pole I discover its make up was effecting the tuning of the antenna whereas the shorter pole was not. 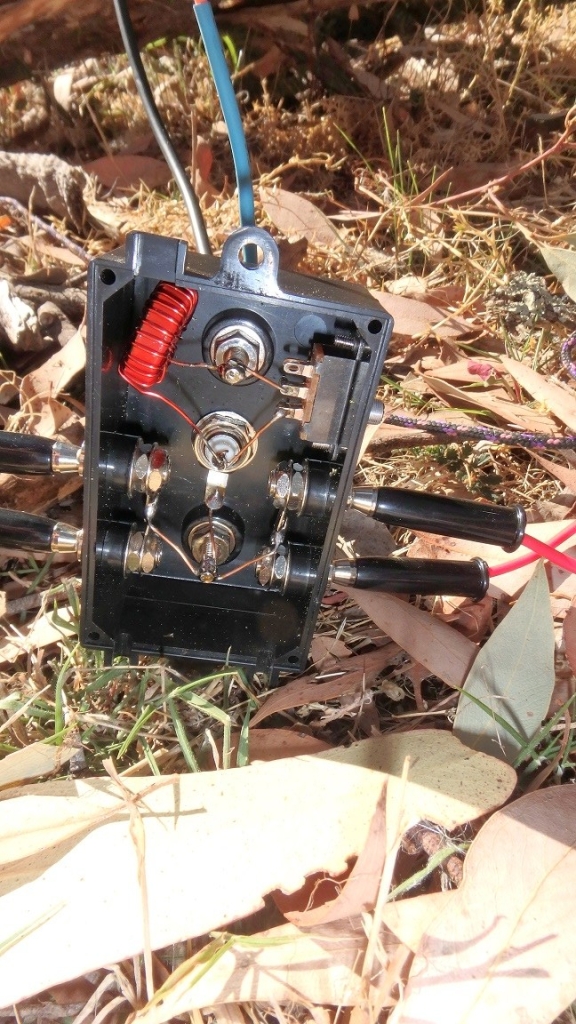 Inside of base unit

So.. the design is a Trapped Quarter vertical for 15, 17, and 20m. The pole is a bit short for the 20m section, but by supporting the antenna at the 17m trap there is little weight on the top  two sections with the last metre of wire. I have included a loading coil in the base for 30m operation. 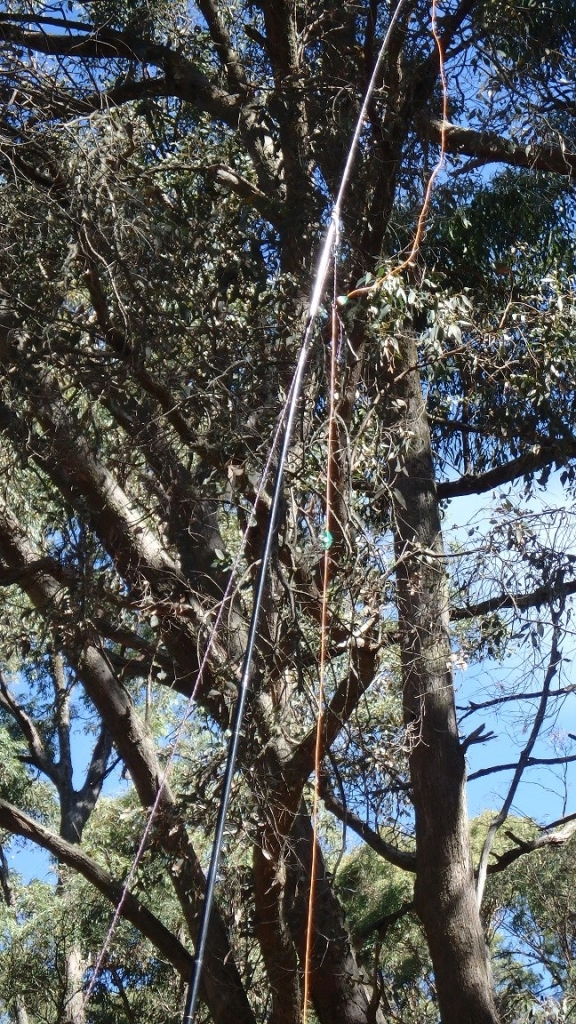 The antenna works fine on 15, 17 and 20 but on 30m I noticed a change in vswr as I removed my hand away from the antenna analyser, thus suggesting the 10 foot radials are too short for 30m, more work to be done.